Philip Billard Post No. 1650, Veterans of Foreign Wars of the United States, was founded February 2, 1929, in Topeka, Kansas with 37 Charter Members.  The Post was named after a Topeka boy, Philip Billard, an airplane test pilot, who lost his life in France, early in World War I while testing a plane.

The first Post Home was above the Voiland-Engel Company beginning on January 20, 1933 where a series of radio programs were instituted over station WIBW, the first and third thursday of the month.  Past Department Commander Oscar Palmer delivered the first address, others were Max Kietzman, Elmer Jenkins, H.N. Hensley, and Department Commander C.E. Adams.

The next Post Home was the old High School Building on the North side of 8th Street, just west of Harrison Street.  The Disabled American Veterans (DAV) organization occupied that same building, which burned May 18th, 1935.  The night before the fire destroyed the old High School Building, the buddy poppies had been taken to the Department Headquarters, downtown.  Following the tragedy of the fire, the Post had a very successful buddy poppy fundraiser the following day.  The Capital Post #1 of the American Legion, offered the use of their American Legion Hall until the DAV and VFW Posts could find other quarters. Two months later, Post No. 1650 moved to 208 West 6th Street (and Jackson Street), in a building known as Kellum Hall, occupying the second floor of the Gas Company.  The Post operated dances there as a revenue producing project. The Post had a degree team, for initiation of all recruits; a ritual team, officiating at all Post Members funerals; and a good drum and bugle corps, performing at many civic occasions. These organizations were all dissolved at the onset of World War II.

Major Bowes was made an honorary Commander of Post 1650 while Max Kietzman was Post Commander.  On Sunday, June 23rd, 1940, the New Topeka Airport was dedicated, at the request of Philip Billard Post No. 1650, the Airport was named Philip Billard Airport.

Later in the 1940s, Post No. 1650 was known to have special "stag" nights for its members at Kellam Hall.  According to a news clipping one of the Post Members sued the Post for an injury he received while attending on of these parties.  As the story goes, he entered the Hall and all the seats were occupied, he found a step ladder, which he climbed to get a good view of the show, the ladder collapsed.  Alledging that he was injured in the Hall, he sued the Post for a sum of $10,000.  The Shawnee County District Court ruled in favor of the Post.  However, the case was appealed to the State Supreme Court.  The Chief Justice dismissed the appeal.

In November of 1940, the Post bought the "Old Crane Home" at 919 Harrison Street.  The Home was purchased for about $3,000 and an additional $1,500 was spent for some remodeling.  This building was directly across the street from the State Capitol. The new Post Home was formally dedicated on Sunday, June 22nd 1941.  At that time it was considered to be one of the nicer post homes in Kansas.  Many dignitaries were present for the special ceremonies.  The ground floor was the meetign place for the Post and adequate facilities were provided for the Ladies Auxiliary on the 2nd floor.  The Department Commander was H.N. Hensley.  Walter Padgett was the Post Commander and Alma Hensley was the Auxiliary President.

Members of the Post burned the Mortgage on an $8,000 investment at a public meeting on the night of April 13th, 1943.  The program was arranged by Department Adjutant, Elmer Jenkins, a Member of Post No. 1650, Quartermaster Francis Stone did the actual burning of the mortgage with Edna Rowe, Auxiliary President, touch the flame to the paper.  During 1945, the State of Kansas condemned this property to make room for a new State Office Building.

Post No. 1650 held a mass initiation on January 18th, 1946, at the Municipal Auditorium at which time over 700 new members received the obligation, with more than 500 from Post No. 1650.  VFW Commander in Chief Louis E. Starr was present.  It was believed to be the largest group ever to be initiated.  In 1946 a new site was obtained across from the Municipal Auditorium with plans to erect a $100,000 Home as soon as conditions permitted.  However, unexpected obstacles appeared and the contractors and architects could not guarantee completion in under two years.  Therefore, the Post purchased a modern three story building at 214 West 6th Street.  Post No. 1650 occupied the ground floor and basement for the new quarters.  The second and third floors were rented to business and professional occupants.  The Post moved to the new building from teh Liberty Life Building on July 31st, 1946.  The new Post Home was officially dedicated on December 15th, 1946.  At that time the membership was 2,200 members and John Rees was the Post Commander.  Post No. 1650 was host for the National VFW Softball Tournament, August 20-24th, 1947. The Post No. 1650 Basketball team won the state championship in 1951, Hap Mathias was the Post Commander. Another mortgage burning ceremony was held on December 8-9th, 1950 with many dignitaries attending.  Hap Mathias was the Post Commander and Helen Bran was the Auxiliary President.  The value of the Post Home at that time was $150,000.

In April 1951, John M. Stone was installed as the Post Commander by his Father, Francis E. Stone, who was the Commander of the Post in 1939-1940.  At that time, it was the only Father-Son Combination in the VFW Department of Kansas.  The Topeka VFW newsletters won first place honors in 1954-56 and 1959.  In 1956 it placed third in the National Contest.

On April 1st, 1973 the Post Home at 214 West 6th Street was sold to Bill Lewis and Company.  Tommy Sneden was the Post Commander.  The Post continued to rent the lower part of the building for another two years.

On January 23rd, 1975, the Post purchased the building at 3110 SW Huntoon Street from the Tinkham Veal Estate.  Tom Mikulka was teh Post Commander, Jack Rinehart, Hal Horton and Post Advocate John Skaggs closed the deal for $105,000.  The building had been occupied by a grocery store upstairs and a steak house downstairs.  Extensive remondeling was done by members of the Post under the leadership of Jack Rinehart, and it was occupied during April of 1975.  On Founder's Day in 1979, Ed Haefele as Post Commander and House Committee Chairman Hugh Rice put a flame to the mortgage.  Since moving into this Post Home there have been many remodeling and improvements, such as the new dance floor, remodeling of the lower lounge, including the new bar and carpeting, as well as remodeling and improving the kitchen facilities and the back stairwell.  Many members of the Post have put a lot of time and effort to make this one of the finest in the State of Kansas.

The Auxiliary provided immeasurable assistance in both their labors and financial assistance of which we are quite grateful and thankful.  The cooperation between teh Post and its Auxiliary is the cornerstone of our success.

Members of special note, George Robb and Jay Zeamer, Jr. were awarded the Congressional Medal of Honor. John Bossler and George Mueller received the Wayne E. Richards award for "Meritorious and Distinguished Service in Furthering the Objects and Ideas" of the Veterans of Foreign Wars award.  Membership reached a high of 2,250 in 1947, then a gradual decline until 1972 when the membership dropped to 1,029.  It remained at 1,050 for the next three years with a gradual increase after the purchase of the new Post Home, reaching 1,650 in 1988.

The Post has provided numerous District and Department Leadership.

The above information was compiled by the late Max Kietzman with added research by George Mueller, Post Historian and Barney Aldridge.

Thank you to the following who support our Veterans. Click on the logo(s) below for more information. 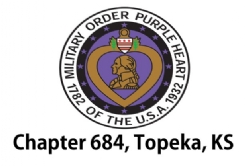 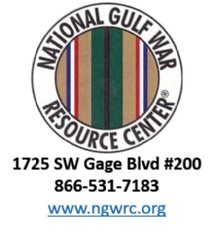